PETZ MAGAZINE – We came, we saw, we screened

The Borsodi Műhely Kft. was the first venue where the medical staff of the hospital conducted screening and organized a health day – along with the Győr District Health Development Office and Mental Health Centre, on 24th February  2020.

The results are also meaningful.

The metallurgical company immediately said yes to the opportunity to organize a free health day at out premises at first.

As you could read in the February issue of Petz Magazine, the professional staff of the hospital arranged extensive testing at the Győr site of Borsodi Műhely Kft., where at least a hundred people work. The employees could take part in screening tests at the site and besides these they could register for specific tests – such as ultrasound, ophthalmology – to be conducted at the hospital, or in its particular surgeries a few days later. The results have been released by today.

BEYOND THE FIRST HEALTH DAY

AT LEAST HALF HUNDRED OF THE EMPLOYEES OF BORSODI MŰHELY KFT. TOOK PART IN THE PROGRAM.

DUE TO MY AGE

It would interesting to cite some of the employees’ words – we enquired whether they regularly take part in screening, and if yes, what kind of diseases are they afraid of?

Szabó Ferenc: - I am 51 years old, I decided to take part in screening due to my age. It was important to me that the tests are free of charge, and they were organized on the spot, so I had no reason to miss this opportunity. The PSA-screenig (for the prevention of prostate cancer) was my first priority to which I wanted to register for. I have urged my GP to send me to such a test but it has not been realized so far. That is why I am glad when finally the test was conducted during the health day.

Bánhalmi József: - I turned to be 59 a week ago, and registered for ultrasound and ophthalmology, besides I was also interested in screening high-blood pressure and blood-sugar level. I think these are the tests which are worth being done at my age. The only problem was the lack of time – but now I have time for them. 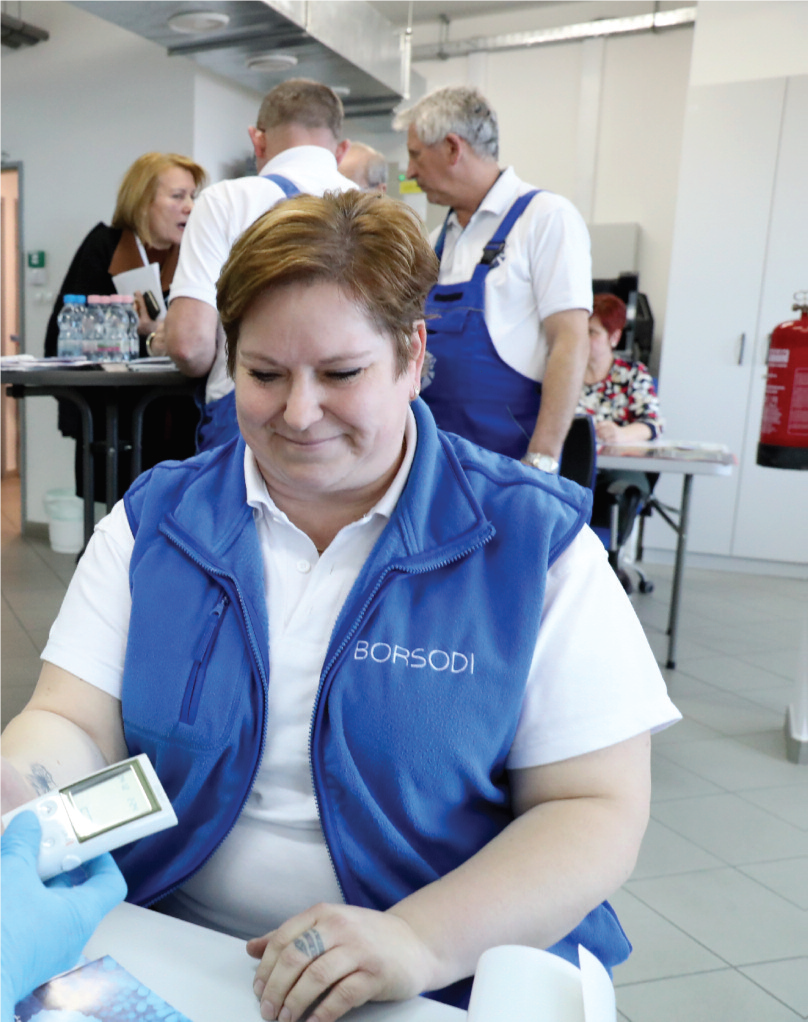 IT CAN BE PREVENTED IF…

Sándor Tamásné: - I experienced first-hand that a disease could be avoidable with screening or an X-ray. It Is a lesson I will never forget, so whenever I can, I seize the opportunity for screening. That was the reason why I registered for ultra-sound test.

Márton Dávid: - An Achilles tendon rupture was a warning sign to me that screening and medical check-ups have a great role, and we have to pay attention to ourselves. And we also have to take care of the 1% of our tax not to be wasted, just because we pay no attention to that, as our tax report is conducted by somebody else. 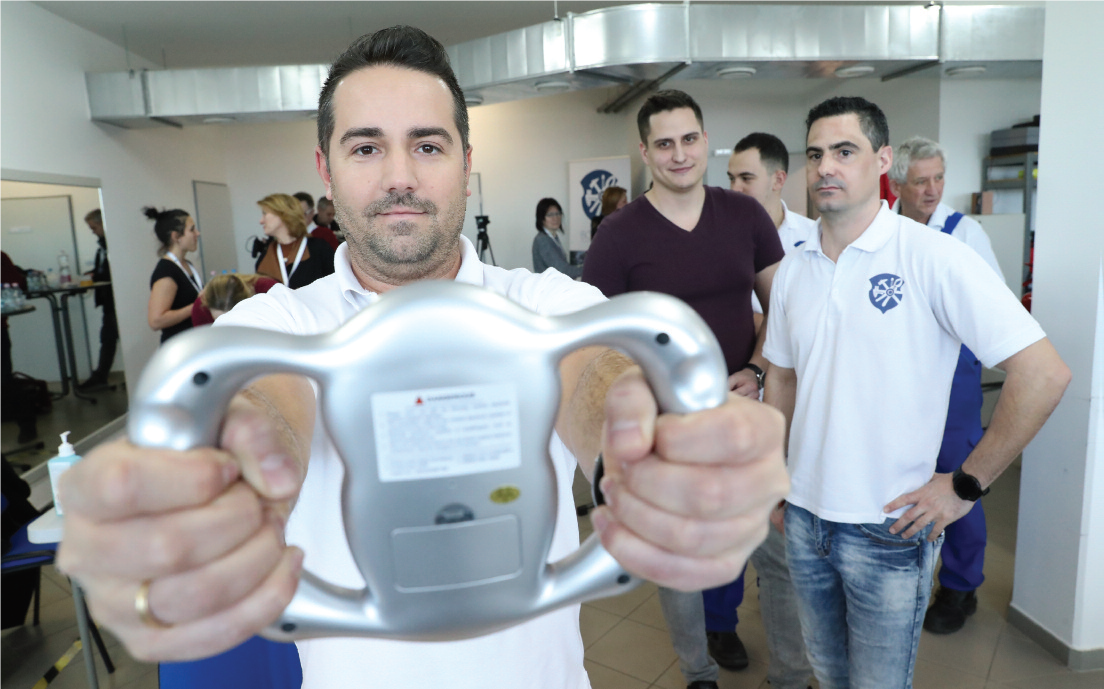 It is worthy to stop at this point for a while, as it is really important what Márton Dávid said. Quite a lot of us believe that offering 1% of our tax is a secondary question in our life. Fortunately the Foundation of Petz-hospital is one of the foundations that can accept our offers for more than a quarter of a century, and a considerable sum arrives to its account every year. The 1% for 100 % health campaign is a kind of ‘thank you’ for that. However, it is a not a secret goal to draw the attention of the public to the Foundation of the Hospital of Győr, that wishes to support the hospital by providing tools, devices, sponsoring studies and conferences and the staff of the hospital.

Mrs. Horváth Borsodi Mónika, the managing director of Borsodi Műhely Kft.– who also took part in corporate screening – sees it from the perspective of a business leader: it is the responsibility of the employers of the region to support those institutions and organizations which provide medical service and protect the health of the employees as well. The Borsodi Műhely supported Petz Hospital previously as well, however offering 1% of the tax is a personal decision, most of us choose based on contacts, and emotional connections. The hospital is something like that for most of us.

Let’s discuss the experience of health-day, which is summarized by Ms Pozsgai Márta, deputy director of nursing, the project manager of EFI. She mentioned in general, that we, Hungarians usually stay away from screening, and with a few exceptions many (and many times) do not take an advantage of such a free opportunity either. Breast screening could be mentioned as an example in case of women (in the February issue of Petz Magazine dr. Sipőcz István, the chief physician of oncology claimed that the participation rate is only 30% at breast screenings – by the editor); and digestive tests in case of men.

Here fortunately we could experience, that most of the male employees offered blood samples which were required for a PSA screening, as they knew that it is not a usual opportunity, and during a general examination at the GP such tests are not conducted (see the report of Mr. Szabó Ferenc).